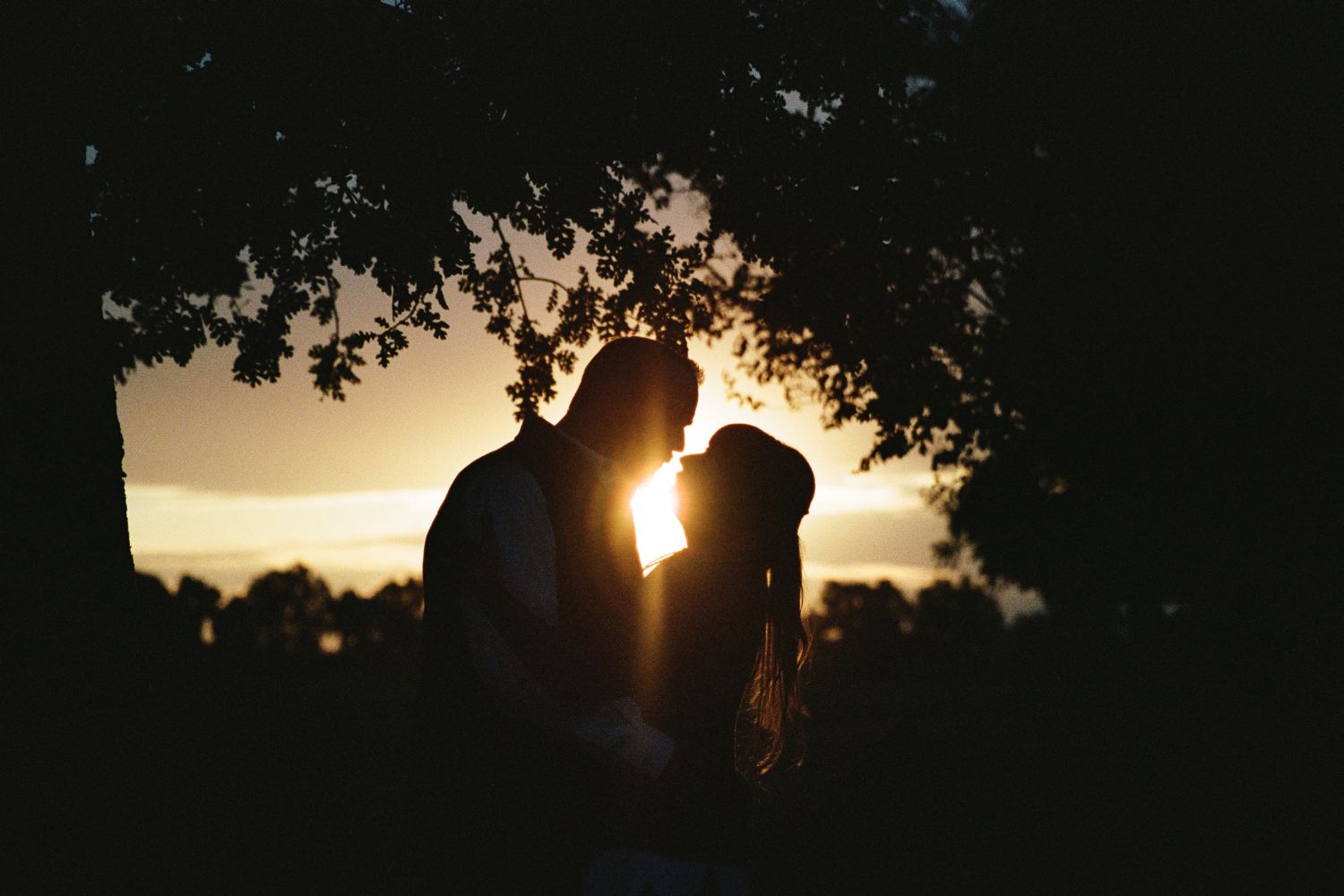 When Zac asked Katie on a date, four years after she saw him and started crushing on him, she couldn’t believe it.  If she’d told her 20-year-old self that this man would be her husband, she never would’ve believed it.

I love Katie and Zac’s story because of how twitterpated she was with him.  They first met trapshooting at Waterford Sportsmen Shooting Range.  How cool is it that this gorgeous girl was trapshooting?!  She saw him and immediately fell into a crush, but he was dating someone else, and she thought she’d never stand a chance.  She was so shy she couldn’t even say hello to him.

Fast forward to four yeas later when Zac contacted a mutual friend and asked if Katie was single and if he could get her number.  She was blown away that Zac Azevedo was interested in her (she says it like he’s a celebrity, which is adorable)!    Their first date was to the Chowchilla fair, and she was so nervous she didn’t eat for a week.  It was a wonderful evening, butterflies in her stomach the entire night.  She couldn’t believe she was on a date with her biggest crush of all time.  She remembers when he first held her hand and put his arm around her waist.

Now they’re starting their lives together, planning their beautiful spring wedding and making plans for the future.  The proposal was perfect.  Katie’s family rented a cabin in Strawberry, so they were all together for the weekend in the great outdoors, Katie and Zac’s favorite place to be.  She knew there was a ring, but had no idea how he would give it to her.  After dinner on Saturday, Katie put on her jacket and went outside to join her brother, sister-in-law, and Zac.  She put her hand in her pocket to grab her Chapstick (she’s a self-proclaimed Chapstick junkie), and the ring was in the pocket.  She was floored!  He told her to go get her parents, and when everyone was outside together, Zac got down on one knee and said, “Katie, I love you.  Will you marry me?”  She said YES, of course!  It was a magical trip and incredibly special that he included her family.

I’m so honored to be the one capturing these memories for them.  Thank you Katie and Zac, for letting me into your love story! Katie was excited about this little spot because it looked like a fairy tale, and I agree. It’s a gorgeous little lush area for photos. Katie and Zac go fishing together all the time, so I had to have them fishing in their engagement photos! Zach designed this gorgeous engagement ring for Katie with a yellow Saphire. I love shooting Plaroid in my engagement sessions. It adds a cool vintage vibe.