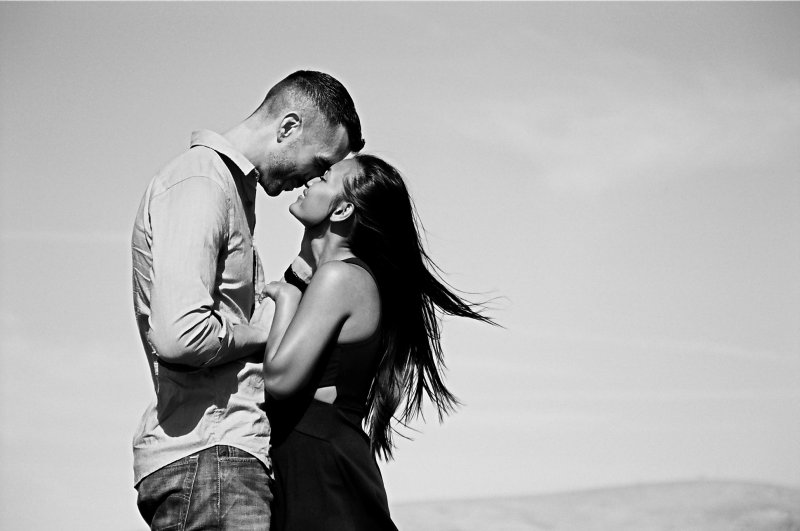 As a photographer, I get to capture incredible life experiences. Capturing the beginning of Sowandy and Jesse’s life together is one of my favorite moments so far.

Sowandy and Jesse met and fell in love five years ago, while Jesse was working in Livermore, but he had to go home to Florida to work for the family business. He gave her a fire opal necklace when he left, and his devotion hasn’t waned. They’ve had a successful long-distance relationship, flying back and forth, spending holidays and long weekends together. Sowandy is such a patient person that she never expected what was going to happen on this secret date Jesse planned.

When they showed up at El Sol Winery in Lodi and I approached them, Sowandy was surprised. She had no idea they were meeting photographers, although she was camera ready with her black dress and heels. I told her Jesse hired us as a surprise to take photos of them together. She was delighted, happy that her long-time request has come true. We headed to a field of tall grass, the whole while seeing the sparks and love between this couple. They were constantly kissing and holding each other like they never wanted to let go.

I set them up in the spot I wanted and Mark and I readied ourselves for the biggest surprise of Sowandy’s life. They kept kissing and holding each other, savoring this time together, knowing Jesse was flying home the next day. Unlike Sowandy, I have zero patience, especially for exciting things, so I just kept thinking, “Come on Jesse, do it! Do it doitdoitdoit!” He was whispering to her, and I knew he was telling her how much he loves her. Then finally, he got down on one knee as Sowandy blurted, “What are you doing?!” He grinned and pulled out her ring, a fire opal to match the necklace she was wearing. She put her hand out and he slid her ring in place. This is the beginning of their lives together, and it’s here on film.