Dirty Little Secrets: Verbal abuse does not make you a better photographer 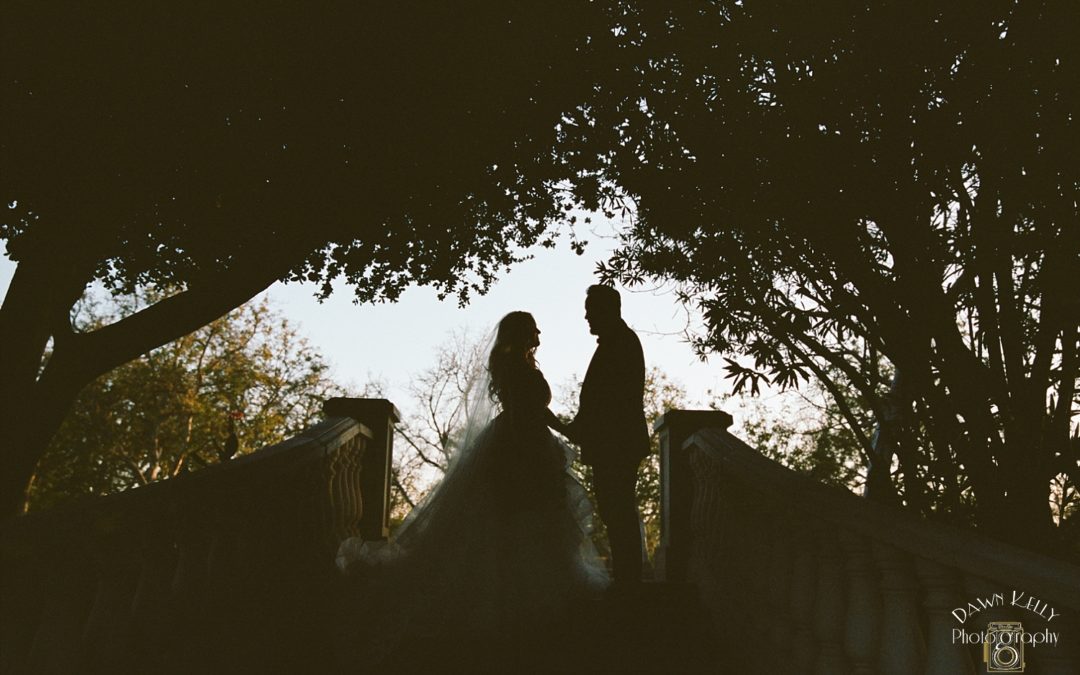 In Fourth Grade I started planning my suicide. Maybe I would do it on a school trip. I could jump off a building in front of them all and give them what they wanted. The pain would stop.

To say I was bullied is an understatement. I didn’t have a bully. I had a class full of them. Everyone blindly followed the queen bee. You can’t blame them. They were nine years old, after all. A mob mentality will make people capable of things that will surprise even themselves. I had two or three friends, but none of them did anything to help. No one stood up for me. No one said, “Hey this is wrong.” Not even the teachers.

Our teacher that year was incredibly volatile. He was foreign and loud. He screamed and called us “idgits.” He hit the boys with a rolled-up magazine. One day it broke on my classmate’s ass. His favorite form of punishment was the fish tank. If you talked in class or did something that didn’t warrant capital punishment, he made you stick your thumb in the slimy, nasty, filthy fish tank, then put it in your mouth. I’m shocked none of us got sick.

It was the 80s. People got away with murder.

Over the course of time, the abuse broke me. My mom had to quit her job because I missed so much school and almost flunked out. When I was at school, I couldn’t concentrate. I got C’s, D’s, and F’s. In the mornings, my mom would get me ready for school and give me my lunch box, then leave for work. I sat in a chair and turned on The Flintstones. I looked at the clock and it was 7:15am. I looked back to the TV. Five minutes later, I looked back to the clock, and it was 3:00pm. My mom would come home to find me in the same spot she left me, still clutching my lunch box, and scream at me for missing the bus. My body literally took me out of the threat, some subconscious flight-or-fight response.

I’m missing a lot of memory from that year. It’s quite spotty. I remember the queen bee hissing in my ear, “I will kill you” more than once. I remember being called a lot of names. Mostly, the flashback that still comes is a room full of laughter. The entire class is laughing at me. I turned around, begging a boy from my church to help me. He kept his eyes on his desk and refused to look up. It hits me at night when I’m trying to go to sleep. That’s all I remember, but it punches me in the gut to this day, and I’m forty-three years old.

The queen bee moved away the summer after Fifth Grade. That entire school year is missing from my memory. I’m telling you, it’s weird. I have a VERY good memory. It freaks my husband out how well I remember things. In sixth grade I started loving school, getting strait A’s, and ended up in the gifted class.

Believe me, I’ve worked hard to get past this. I’ve done the therapy and introspection. I’ve even gone to my old elementary school and sobbed outside my fourth grade classroom in the middle of the night. But the complex PTSD isn’t going to go away. My brain is wired with this trauma, and there’s nothing I can do about it.

The event that birthed Dirty Little Secrets happened not too long ago. I took a business course in Los Angeles. It was an INCREDIBLE course, and I learned a LOT. The information I learned helped me grow my Yosemite business in a way I never dreamed. However, there were things about this course I really didn’t like. One was the consistent comments from the instructor about “fat brides.” He doesn’t put big brides on his web site, and he tells his students to follow his lead. His reasoning? A thin bride will see the photos of large brides and think, ‘I don’t want to look fat like this,’ and therefore not hire you.

The other thing I didn’t like was the public critique that broke me.

Everyone in the class was to get a web site and portfolio critique as part of the course. The instructor is a very prominent photographer in our industry. He’s photographed celebrity weddings. He is a Print Comp judge at WPPI. (Read Why I Think Print Competitions are BS.) So he is qualified to critique portfolios and web sites. I had no idea what was coming.

I was sitting in the middle of the workshop, 14 strangers present. He pulled my web site up on a large screen, and he hated it. Everything about it. I was OK with that, because I knew it wasn’t great, and I was planning on re-branding anyway. Then he got to my portfolio. I can’t remember much. I remember him being very harsh, even shouting, “Shut up!” at me when I tried to defend myself. This is not allowed. Talking back is not allowed in a public critique. I get that, it’s not a debate.

He really hated my portfolio. It was as if he was holding prints in his hand and tearing them up, then throwing them in a fire. Everything sucked. Everything. He raked me through the coals. I don’t remember most of it. My PTSD took over and I retreated into my body. My breathing was deafening. My heart beat was pounding in my head. I started to shake. When he was done, I crawled under the table and stayed there for ten minutes, hugging my knees to my chest.

I was nine years old again. I was in that fourth grade classroom again, and I couldn’t handle it.

By the way, no one thought it was weird that I was hiding under a table and crying. It’s very common for people to cry in public critique.

When the class was over, I went outside and hid behind a tree to sob. I couldn’t walk to my car, couldn’t move. All I could do was lean against this tree in the front yard and bawl my head off like a child. Like an idiot. I was humiliated. I went back to my AirBnB and my stomach hurt.

My roommate was another student in the class, and she didn’t see a problem with the public critique. She kept saying, “But this is what you NEED. This is what you NEED to get better.” This is the mantra of the wedding photography industry. You NEED someone to tear you apart, or you won’t get better. In a lot of ways, this industry is like the military.

She continued to tell me about the mentorship she paid thousands for. At the end of every month, she had to send ALL her RAW files to her mentor for critique. Then he would rip her apart, saying things like, “What were you THINKING?!” I told her I really loved her portfolio and I thought it was really good. She kept repeating, over and over, like a robot: “All I see are the flaws. All I see are the flaws.”

I know other photographers who have paid through the nose for “mentorships” like this one. No one I know has improved their work from this kind of mentorship. Not a single person.

Before you crucify my instructor, remember that he didn’t invent this process. Before he was an educator, he sat in public reviews and had his work torn apart in front of strangers. And that might have been OK for him, someone who isn’t affected by past trauma. He truly believes this is the way to teach, because it’s what he’s been taught. That’s called brainwashing.

This is partially why I’m taking steps to become an educator. I want to be the change. I want to help others in an honest, yet kind way. I want to nurture creativity, not threaten it.

I am not the only photographer who doesn’t agree with public critiques. Sal Cincotta owns one of the most successful wedding photography businesses in the country. Not only does he own an incredibly successful photography studio, but several other businesses, including Shutter Magazine and his own conference, ShutterFest. Here’s what he had to say.

“When it comes to helping creatives grow, I am not a big believer in public critique. Artists are inherently insecure about their work. The goal of a critique is to give an artist feedback in a constructive way that helps them grow. Part of the feedback being useful is the ability of the artist to receive that feedback in an open way vs being defensive. They can not do this if they feel attacked in any way.

Make no mistake, I do not subscribe to the ‘you’re almost good’ mindset. Instead, I believe in direct, blunt, and honest feedback. That is the only way for anyone to grow, but the key to this strategy working is a trust between two people. Privacy, respect, and honesty is key here.”

I completely agree with him. It is very true that photographers are artists, and their work is very personal to them. Saying their work is crap is saying their soul is crap. It can very easily feel like a personal attack. When I had a web site and portfolio critique from Sal Cincotta, he was very honest and firm. However, he was respectful of me as a human being. Not only did he tell me what needed to be fixed, he told me what he appreciated about my work. He wasn’t a drill sergeant breaking me down so he could build me back up as he wished.

Don’t get me wrong. We do need education and critique to learn and improve. We don’t need verbal abuse.

A photographer’s work is art to them. It is art to people who like it and appreciate it. It’s art to our clients. It’s not art to someone who doesn’t like it. And let’s remember famous artists like Vincent van Gogh. He was poor and virtually unknown his entire life. It wasn’t until after his death that he became known as one of the greatest painters ever. But wedding photographers don’t get this “luxury.” We can’t tell our clients, in fifty years, after I’m dead, you’re going to love your photos.

Please don’t underestimate how difficult this was for me to write. I WILL be blackballed in some circles. I may be bullied both privately and publicly. I may be blackballed from some conferences. I will be labeled a complainer, a wimp, and a loser. They’ll say I’m weak. I don’t care. Please share this blog. Help me shed light on this practice and change it. Be part of the solution. Spread kindness. This world needs it.